It is with excitement that we present an exclusive Caravan submission by one of our new Itchy Nomads, Pallavi Dhyani.

But first a little back story…. 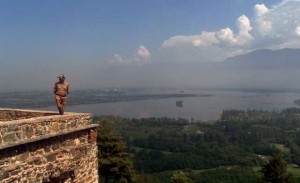 A panoramic view of the Dal Lake

The world is truly shrinking.  In March of 2013, John and I were staying in Pahrump, Nevada.  Pahrump is a small, rugged and interesting town in the harsh Nevada desert, not far from Death Valley.  We had a chance meeting with Wyoming cowboy and world adventurer John Gado.  John can tell some tales.

John spoke of a magical lake of unparalleled beauty at the base of the mighty Himalayas. He described weeks on end aboard a classic, colonial houseboat with a fulltime personal attendant who treated him like royalty.  His story took root in our imaginations.

Now less than a year later, with the magic of the Caravan community, Pallavi shares her firsthand account that validates the grandiose claims of cowboy John.

We appreciate Pallavi sharing her experience and demonstrating the diversity of our new community. 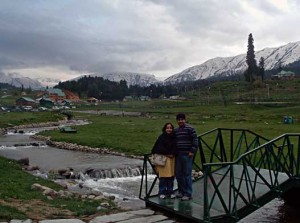 The Author, Pallavi and husband Himanshu enjoying their Kashmir holiday

Srinagar is the capital of the State of Jammu & Kashmir in India and is most famous for its lake (called the Dal Lake) and several manicured gardens created during the Mughal rule.  Srinagar, it is said, was founded around the 3rd century BC by a Hindu ruler.  Over the centuries, it was ruled by many, some Buddhist but mostly Mughal (Muslims) rulers. 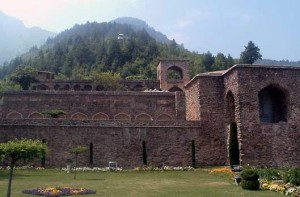 Mughal Gardens (The Palace of the Fairies)

Kashmir, bordering India and Pakistan, has been a bone of contention between the two nations, owing to which it has been a victim of militancy and army rule for a long time.  With the situation improving over the last couple of years, tourism has seen a rise again in this land which is rich in both culture and heritage.

Dal Lake is often called the “Jewel in the crown of Kashmir” because of its massive water body surrounded by the snowcapped Himalayan range.  During the summers, the Lake is avidly used for boating, canoeing and swimming.  During the winters, when the water is frozen, it is used for snow skiing. 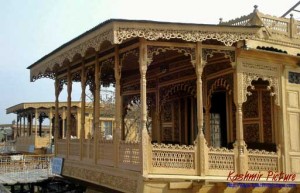 Example of an ornate houseboat in Srinagar

Dal Lake is famous for its houseboats and shikaras (a small boat with a canopy).  While houseboats are used more as floating hotels, shikaras are used for ferrying tourists as well as by vendors for selling flowers, fruits and vegetables. 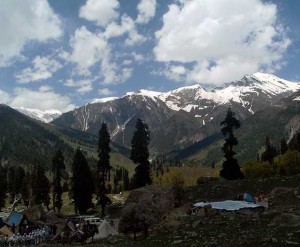 A breathtaking view of the mighty Himalayas from the Sonamarg valley

At about a distance of 80 Kms. from Srinagar, lies the beautiful hill station of Sonamarg, which means a meadow of gold. 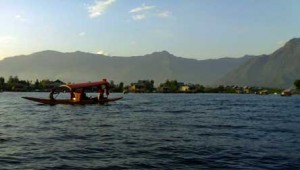 Example of an ornate houseboat in Srinagar

Sonamarg is practically on the India-China border and is inaccessible during the winters.  The drive to Sonamarg through the lush green meadows is what only dreams are made of. 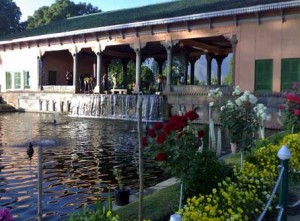 A view of the Shalimar Bagh

Thank you Pallavi, for your enchanting account of the beauty and attractions of Kashmir.

Itchy Nomads we encourage YOU to share what you find of interest in your life, your hometown or beyond.

For more information about the Houseboats of Lake Dal here is a helpful link: www.houseboatowners.org

2 thoughts on “Paradise on Earth-Kashmir, India”