Belize is a special place in the Central American region for many reasons. 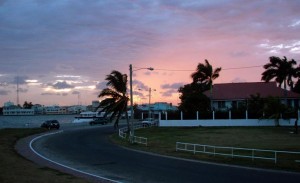 Besides the abundant natural beauty of the Caribbean Sea and magnificent jungles filled with wonders and antiquities, Belize is an English Speaking country.  What a pleasure it is to not have to martial my Spanish for every activity and occasion.

We had previously spent about a month at Lighthouse Reef about 40 miles off the coast of Belize on our sailboat “Blew Moon”, so technically we had been to Belize.  This was our first visit to the mainland.  We were excited.  We were on an exhausting 7 country swing through Central America visiting clients and having meetings for one of the companies we do contract sales for.  Belize was our last stop in Central America and we were looking forward to “chillin”. We were craving Caribbean style Rum and Coke specially formulated with delicious Flor de Cana Nicaraguan Rum & the famed Belizean Coca Cola that is made with brown sugar, while dangling our little piggies in the beautiful Caribbean Sea. 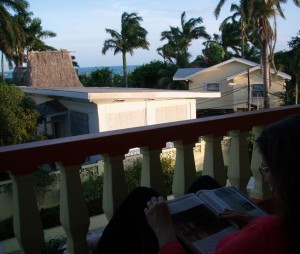 We stayed at a 3 star not-worthy to recommend beachside hotel that was within our clients travel budget and met our basic needs for a place to sleep.   We only had three days to complete both work and play.  Day One was all business, Day Two was for Fun and day three we flew out in the afternoon.

Our business appointment was at the local Telecom.  We were to do product training for their employees on the eLearning and online labs we had sold them.  We like doing some work in the countries we visit as we get to know some locals and hear about their perspective of the world, hopefully catch a little local knowledge and maybe enjoy a 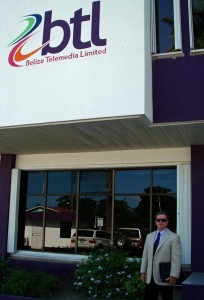 good local meal of their choosing.  This all day appointment kind of missed the mark as the employees didn’t want to be in the required training and just wanted to be left alone.  We got our job done, and then just wander the streets around the hotel on foot until the sun had gone down.  The neighborhood around the hotel was a bit sketchy.

Day Two was to be our Fun day and we had done ZERO research in advance.  It had been tough enough organizing all the travel, accommodations and business meetings for the 7 country trip.  All we knew was we were in Belize and we wanted to have a truly Belizean experience.

As John shaved I started thumbing through the hotel room phone book.  I found “At Your Service” a tour company right in Belize City.  I called them and was warmly greeted by a young woman named Kim Chanona.  “At Your Service” she answered, “How can I help you?”  “We are here for just 1 full day today and we heard about Cave Tubing.  Can you set us up to do this? “I asked.   “Yes, I can close the office and be there in an hour”.  True to her word an hour later a nice, large new SUV pulled up in front of the hotel and we met a very pregnant Kim. 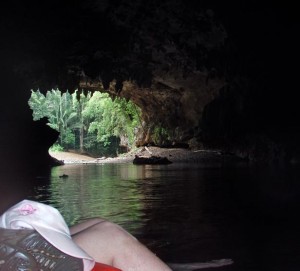 The day was going to cost us $100.00.  It included a two a half hour drive out the Butterfly Highway to Nochon National Park. The drive was beautiful, flat countryside that wandered through differing ecosystems.  Kim shared with us details of life in Belize, the international car trade of cars being driven from Texas and her home life on her ranch with her horses.  She was a young woman, owned her own business and felt very much comfortable with expanding in many entrepreneurial and political directions as her heart took her.  Belize was a wonderful country and although she had family in the states she was happiest in Belize, her home country. 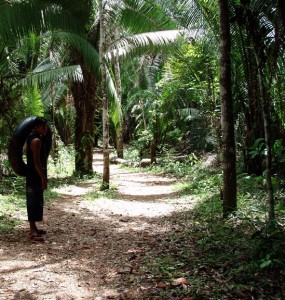 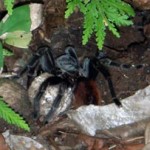 assigned a guide.  David was a young Mayan man that was third generation river guide and 100% Mayan native.  His English was perfect and easy to understand. He provided us with our safety speech.  We then were given our gear which included a small raft for each of us, a lanyard to attach to the raft in front of us, a life jacket and a helmet with a Headlamp. 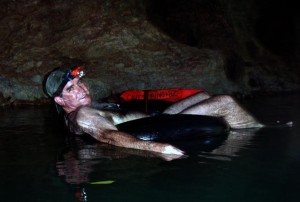 We were his only guests and I think the thing to learn from this is to call ahead and ask when the Cruise Ships will be in and avoid those times.  Because David had no other guests that day he spent 4 hours with us exploring the caves, hiking and showing us how to find nesting Tarantulas that were preparing for birth. 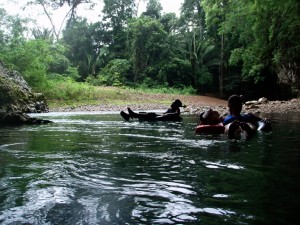 something to laugh about. The water was cool but as the day heated up perfect.  We were then directed to get out and carry our lightweight tubes down a small slope and get back into another stream that was now in the cave system.

The three of us drifting as David told us stories about his Dad’s years as a river and cave guide, doing rescues, his ancestors and their markings on the wall and ceilings.   To have the caves entirely to ourselves was extraordinary.   Our voices echoed through the miles of caverns and off in the distance we heard the rushing water of a waterfall inside the caves.  The advancing volume of the waterfall 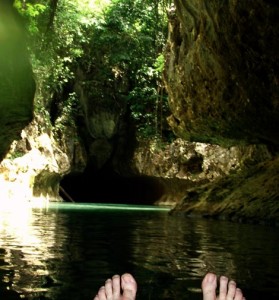 was a bit unsettling especially as David advised that we need to hug the opposite side of the cave to avoid being rushed over the falls.  Even after our eyes had adjusted we still had very limited visibility as our eyes stayed tuned to the beam of our solo headlights.

Reluctantly we came to the end of our magical, mystical tube ride in the mid-afternoon and rejoined Kim seated in her air conditioned car reading a book.  We assumed we’d be headed back, but Kim had another stop in mind.  A few miles away we navigated down an overgrown jungle road, darkened by the lush overgrowth and 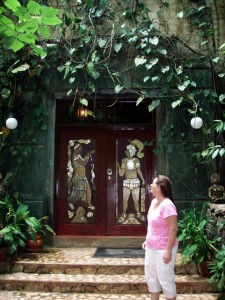 emerged at the overgrown Orchid Garden Eco-Lodge.  We were there in June and the place was deserted except for someone Kim knew and a few workers.  The few guests that were staying were off enjoying the local natural attractions. We wandered the grounds and enjoyed the sort of Mayan/Hippie commune feel and then headed home.

“King” David, as he liked to be called deserves our praise as an outstanding historian, cave system river and hiking guide.  He painted word pictures about ancient use of the caves as trading zones for

The day was FANTASTIC!   What a bargain for two of us to have such a personal experience with Kim and David and to see so much in just one day.  Belize definitely deserves a longer visit.